Congratulations, each one of you has presumptively garnered the nomination of your political party and will find yourself on the election ballot in November. Up to this point, hundreds of millions of dollars have been spent in the political process selecting each of you as the Republican and Democratic nominee. I suppose I don’t need to highlight to either of you how ugly and disturbing of a process this was. I used to be a political junkie. I attended law school as a gateway to one day run for office myself. Growing up in Cleveland, Ohio, ironically the site of the Republican National Convention, I identified myself as a Conservative Republican. A Reagan Republican to be exact. Never once casting a vote for a Democrat on any ballot. Dogmatic and hardline to say the least.

In 2008 that voting record came to an end. In April 2008, my first born, Alexis, transformed the manner in which I identified myself politically and my own thought process with respect to how I selected candidates to support and what issues led me to not vote along any party line. April 11, 2008, while sitting in a small cramped room on the 4th floor of Inova Fairfax Hospital in Fairfax, Virginia, two parents heard the words, “your child has cancer.” Not only cancer, but something called diffuse intrinsic pontine glioma. (DIPG for short). DIPG is a brain tumor that is diagnosed in children, usually between the ages of 5 to 9, and has an almost universally fatal prognosis. There are no effective treatments outside of radiation therapy, which is palliative in nature. DIPG is the same brain cancer that took the life of Neil Armstrong’s young daughter before he took that historic first small step for man. The same treatment method used to care for Armstrong’s daughter is the identical one that was used to initially treat Alexis. 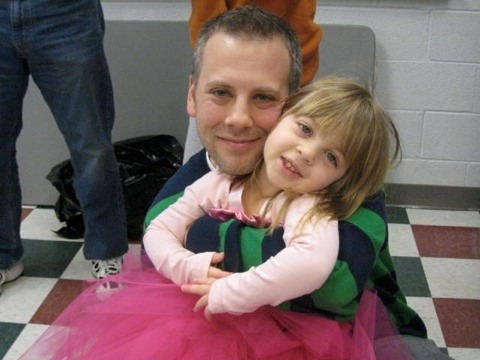 Along the way I became immersed in a world of childhood cancer advocacy that provided me with a hard earned education and a life-long degree in grief. The ultimate cost of this education was my young daughter’s life. Two weeks before her 5th birthday in January 2011, Alexis took her last breath here on earth. And that brings me to the purpose of this letter. Let this letter stand as an education in childhood cancer, without the need to witness your own child’s demise, and at the same time an invitation to have a conversation about how you as the future President can make childhood cancer a national priority.

First, let me lay out some of the facts about childhood cancer:

Over the past twenty years, the Food and Drug Administration has approved only three new childhood cancer specific drugs. Of the money that is utilized to fund cancer research nationally, only 4% of the entire National Cancer Institute budget is devoted to childhood cancer specific research. Finally, in terms of the number of years of life lost represented by each child that dies of cancer, it is a staggering figure that in many cases reaches beyond 70 years.

Once you digest these facts and appreciate the impact of childhood cancer in the United States and beyond, not only from an emotional standpoint but also from an economic perspective, I hope that one or both of you will agree to a brief conversation to discuss this cold blooded child killer and why childhood cancer must become a national priority. Of course I approach you both from a personal perspective, shaded and colored under the specter of my daughter’s death.

Given the time, I would like to discuss some of the following issues: federal research funding priorities, drug development and drug availability, legislative incentives for drug development for rare pediatric diseases, more public-private collaboration and investment into disease research, regulatory reform aimed at removing roadblocks to translation, and acceleration of device and treatment development, epidemiologic investment, and a greater investment into the Cancer Moonshot Program overall. I could probably spend days discussing each topic, nevertheless I assure you that I simply want an hour of your time. A single hour to begin what can be a dialogue to highlight childhood cancer and make it a national priority

Mr. Trump and Ms. Clinton your children are adults now, living in a world where the incidence rates of cancer continue to rise. I believe that by placing greater emphasis on childhood cancer we can make a significant impact on all cancer as a whole. Isn’t it worth an hour of our time? Good luck in November. There are many challenges ahead.